Can the right diet get rid of Acne 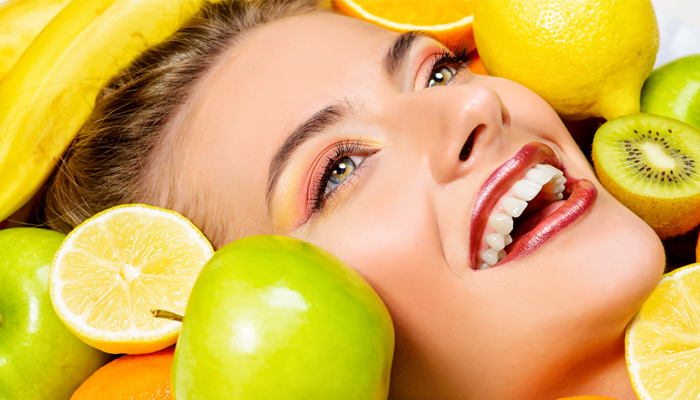 Do you avoid eating greasy fries and burgers because you believe they’ll cause new pimples? There may be a connection, but probably not for the reason you think. Here’s what the research shows.

A low-glycemic diet may lead to fewer pimples

If you’re like most Americans, you consume plenty of high-glycemic foods and beverages. These foods and beverages raise your blood sugar quickly. Examples include white bread, corn flakes, puffed rice, potato chips, white potatoes or fries, doughnuts or other pastries, sugary drinks such as milkshakes, and white rice.

Findings from small studies suggest that following a low-glycemic diet may reduce the amount of acne you have. Low-glycemic foods include most fresh vegetables, some fresh fruits, beans, and steel-cut oats.

Here’s what researchers have found may happen when people with acne switch to a low-glycemic diet.

USA: 2,258 patients were placed on a low-glycemic diet so that they could lose weight. This diet also reduced their acne, with 87% of patients saying they had less acne, and 91% saying they needed less acne medication.1

Turkey: 86 patients (50 with acne) kept food logs for 7 days. Those with the most severe acne consumed a high-glycemic diet.4

Scientists believe that following a low-glycemic diet may reduce acne because this diet eliminates spikes in your blood sugar. When your blood sugar spikes, it causes inflammation throughout your body. These spikes also cause your body to make more sebum, an oily substance in your skin. Both inflammation and excess sebum can lead to acne.

While these findings show that following a low-glycemic diet can lead to fewer breakouts, other studies have not found a connection between a high-glycemic diet and acne. More research is needed to know for sure.

Milk may lead to acne breakouts
While milk (but not milkshakes) is a low-glycemic beverage, some studies suggest that drinking milk may be linked to an increase in acne breakouts. In these studies, all types of milk (whole, low-fat, and skim) have been linked to acne. Here’s what the researchers discovered.

Milk and acne
In one study, women who drank 2 or more glasses of skim milk per day were 44% more likely to have acne than the other women in this study.

USA: 47,355 adult women were asked to recall what they ate during their high school years. Only milk was found to be linked to acne. Women who drank 2 or more glasses of skim milk a day were 44% more likely to have acne than others.5

USA: 6,094 girls, aged 9 to 15 years old, completed 2 lengthy questionnaires (given at least 1 year apart) about their diet. The girls who drank the most milk (whole, low-fat, or skim) were more likely to have acne.6

USA: 4,273 boys, aged 9 to 15 years old, completed 2 lengthy questionnaires (given at least 1 year apart) about their diet. The boys who drank skim milk were more likely to have acne.7

Italy: 205 patients, aged 10 to 24 years old, who were seeing a dermatologist for moderate to severe acne, and 358 patients in the same age range who were seeing a dermatologist for another skin condition (and had little or no acne) were asked what they ate. The patients with acne drank significantly more milk than the patients who did not have acne. There were no other differences in diet between the 2 groups of patients.8

Malaysia: 88 patients, aged 18 to 30 years old, were asked to complete a food diary for 3 days. Half (44) of the patients had acne, and half (44) did not have acne. The patients who had acne consumed more milk and high-glycemic foods than did the patients without acne.9

Why milk may increase or worsen acne is still a bit of a mystery. One theory is that some of the hormones in milk cause inflammation inside the body. Inflammation can clog your pores, leading to acne. However, more research is needed to know for sure.

What these research findings mean for you

While more research is needed to know whether certain foods can worsen acne, there is something that you can do right now if you think your diet affects your acne.

Dermatologists recommend that you pay attention to your breakouts, and ask yourself these questions:

Does any food or beverage seem to trigger a breakout or worsen your existing acne?

If something seems to trigger a breakout, what happens when you don’t have that food or beverage for a day, a week, or a month?

While diet may play a role in causing your breakouts or worsening your acne, keeping your skin clear requires more than a diet change. Using acne friendly skin care and acne medication helps to prevent new breakouts.